What do we want the society of the future to look like? This is one of the questions that accompanies the protest movement held worldwide. For now, it lies in abeyance, because protesters fear that too hasty a response will not bring about real change. From this, one of the ideological identifications, e.g. Occupy Wall Street Movement, becomes the concept of community, referred by Slavoj Žižek as commonism. As sociologist Joanna Kusiak explains: Being a commonist does not mean the selection of a ready, closed system, but building a new open system based on the idea of universality.

A multi-elemental work of Konrad Pustoła refers to the idea of community. The artist erects a simple hut on one of the inner patios of the library. Next to it, he places photos of protests in Madrid’s Puerta del Sol Square. It is completed by a fragment of the film Melancholia by Lars von Trier, in which the main characters are building a rickety hut that is supposed to symbolically save them from the impending disaster – the collision of Earth with another planet.

Another complement appears in von Trier’s film – an illustration depicting a hut according to the instructions of Vitruvius, the Roman architect and war engineer living in 1st century BC.

The work of Konrad Pustoła is a voice in the discussion on the status of architecture – in the face of the crisis, buildings, like everything else, become irrelevant. In the end it turns out that man is essential, in spite of the twentieth-century philosophical theories. 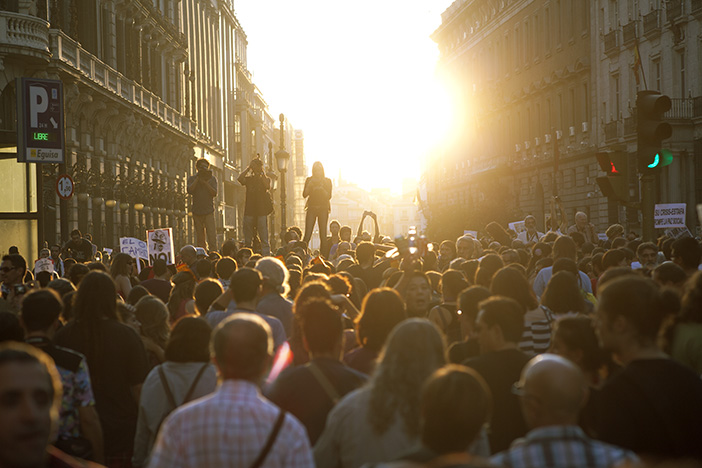 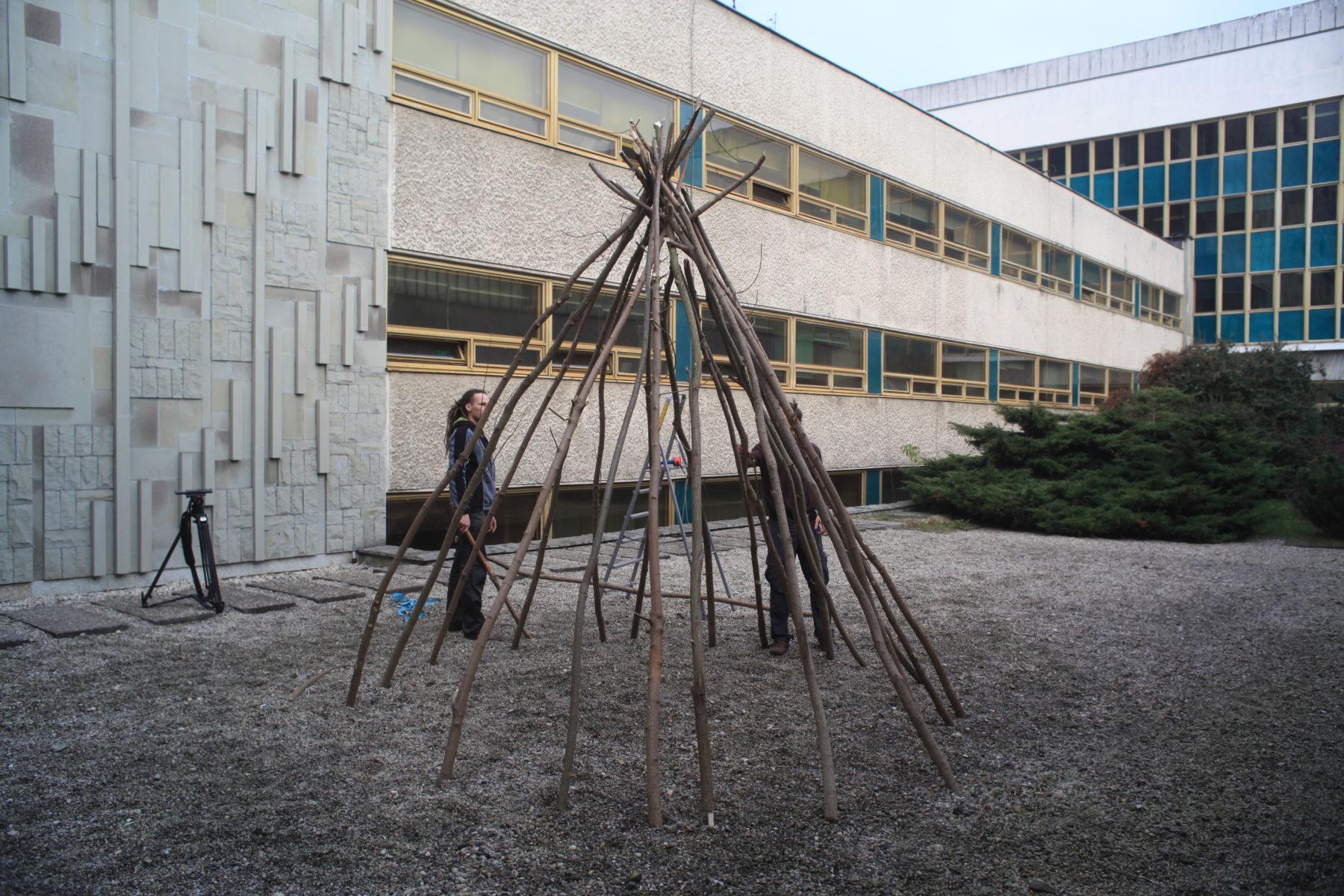 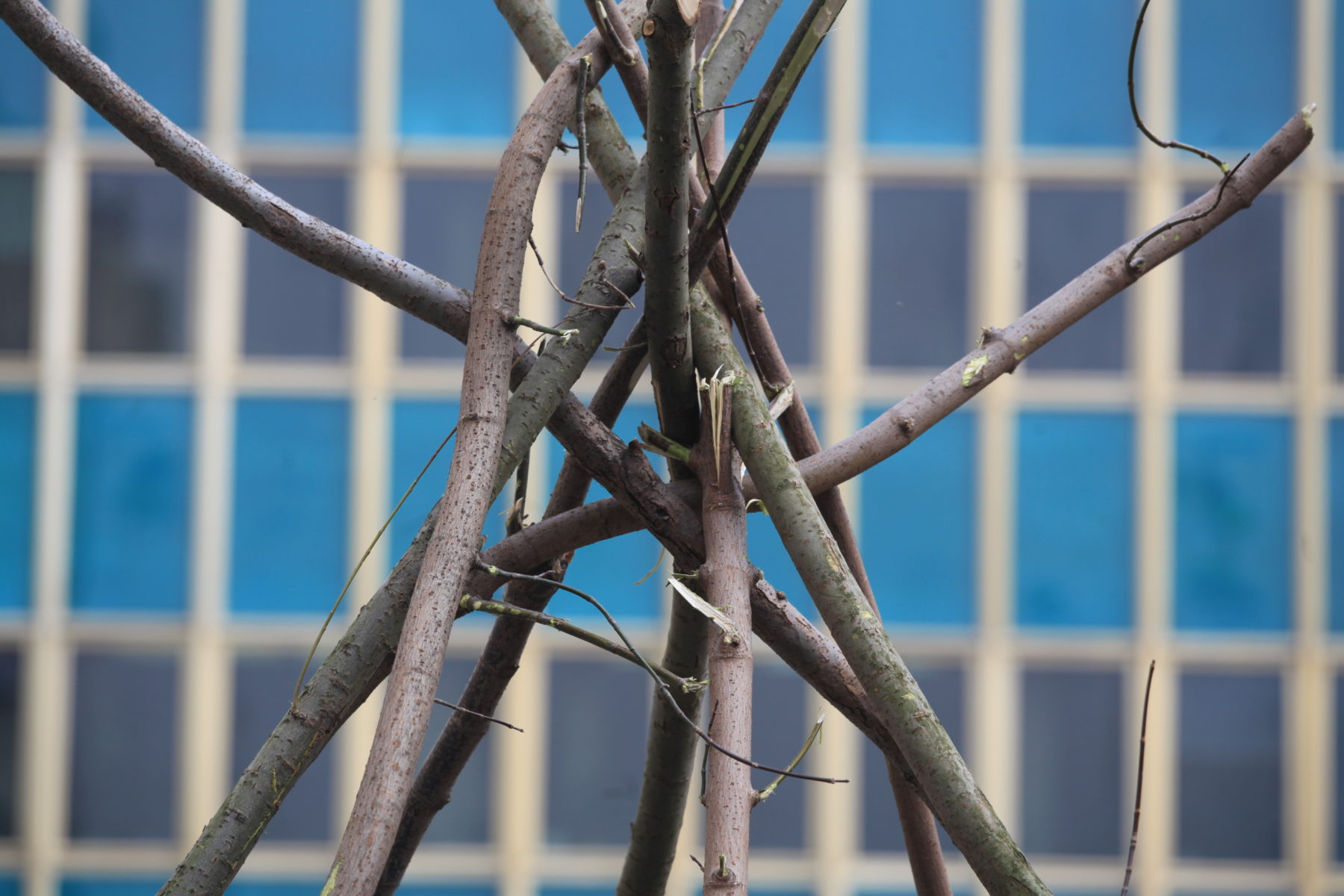 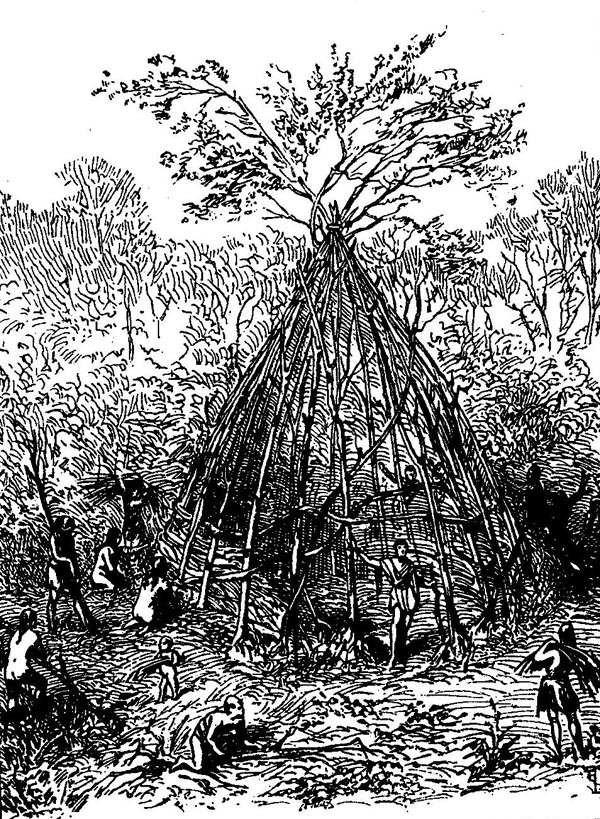 There are no more Jews in Poland