Economic system transformation and related to it new opportunities for enterprising people together with previous housing problems and aggregation of the large number of Poland’s residents in housing estates resulted in the mid-90’s with a building boom. They were constructing rapidly, usually anyhow and anywhere. The dynamic economy growth stimulated investments, including contracting numerous housing and constructing loans. However, in late 90’s domestic and international business cycle had collapsed resulting in crisis. In such circumstances many households and enterprises were not able to pay off the contracted constructing loans. As a result a lot of scattered among Poland plants and lone breeze-block house shells appeared, often built on cheap parcels, sometimes in the centre of recently cultivated field, devoid of any infrastructure. A documentary record of specific for the free-market economy trends fluctuation in Pustoła’s project is formally sophisticated criticism of the embryonic turbocapitalism reality making it a ‘silent monument of failure, disappointed expectations, family dramas and harsh lesson on the dark side of the free-market economy’. 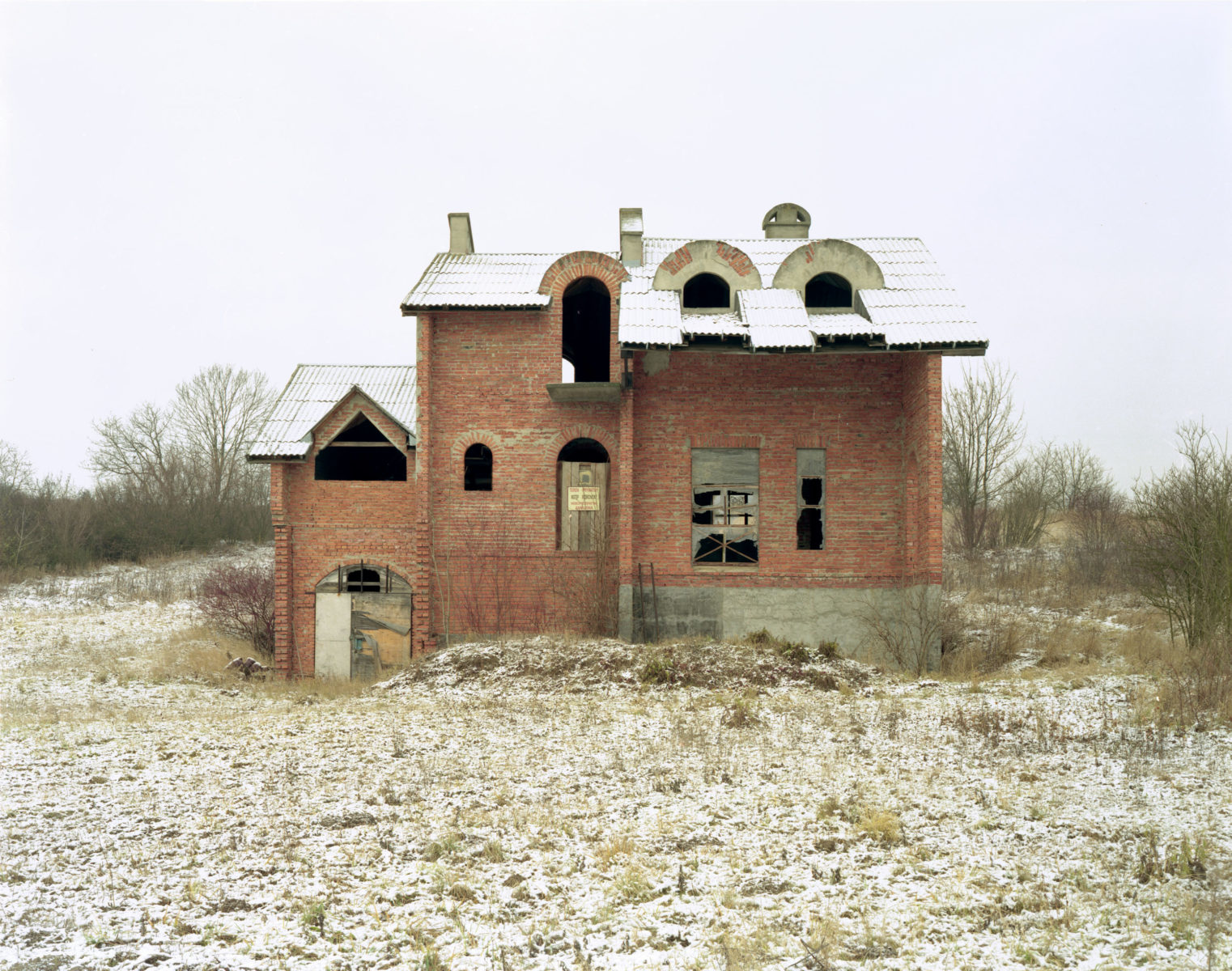 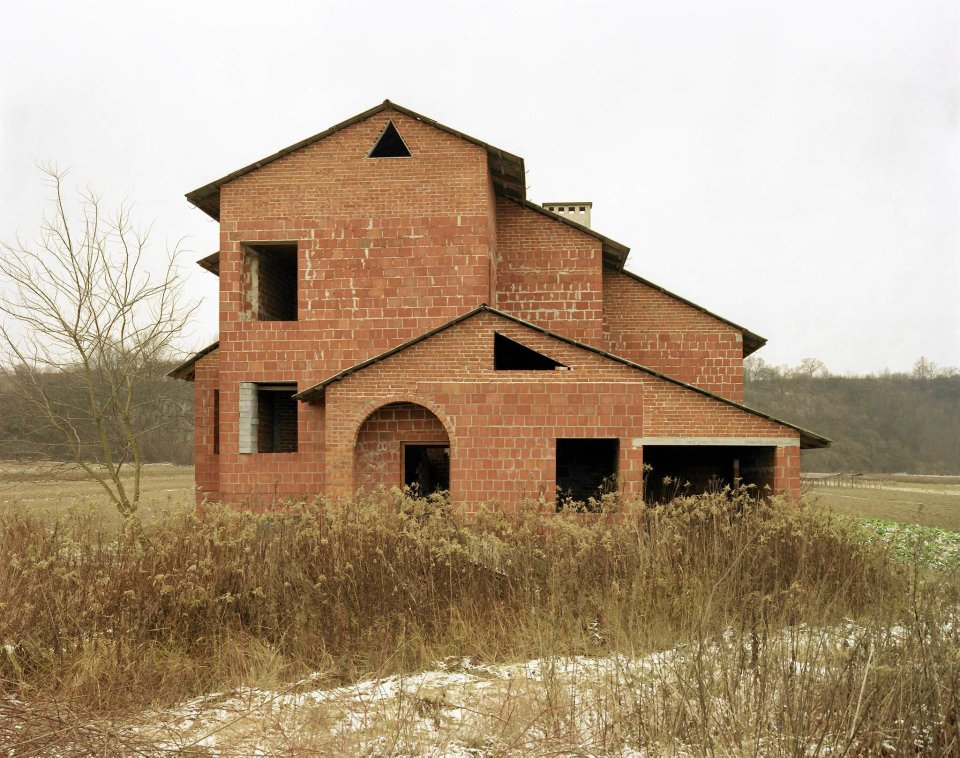 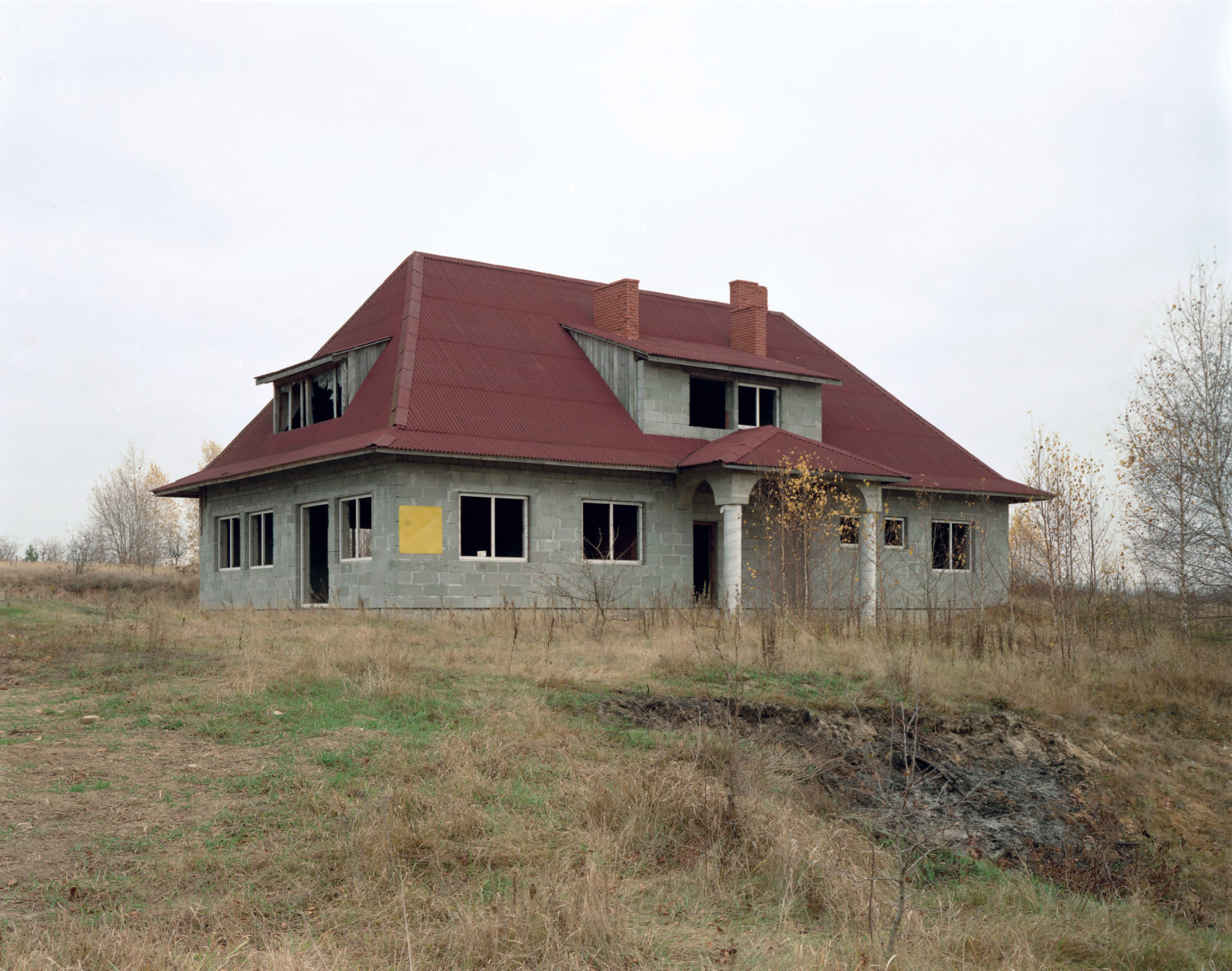 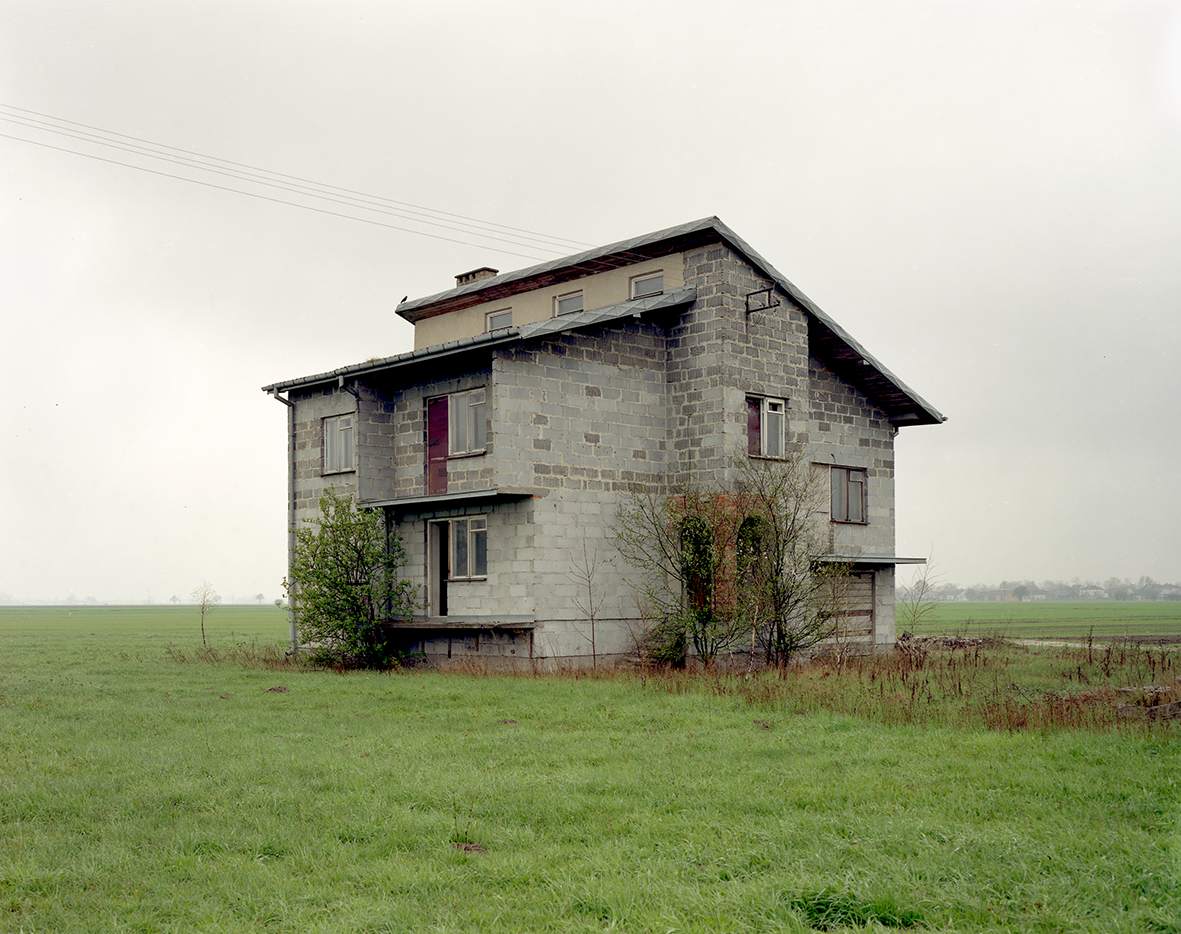 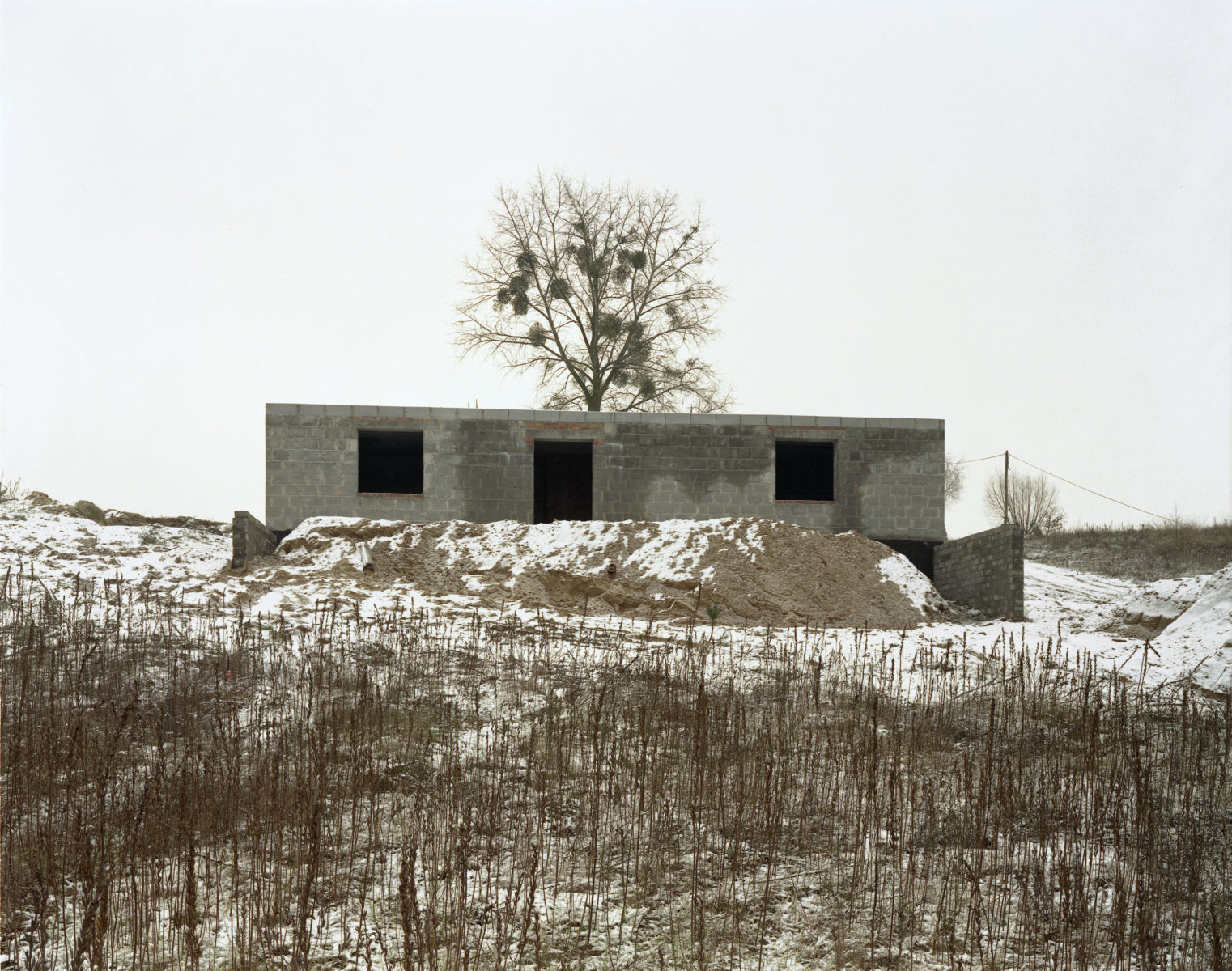 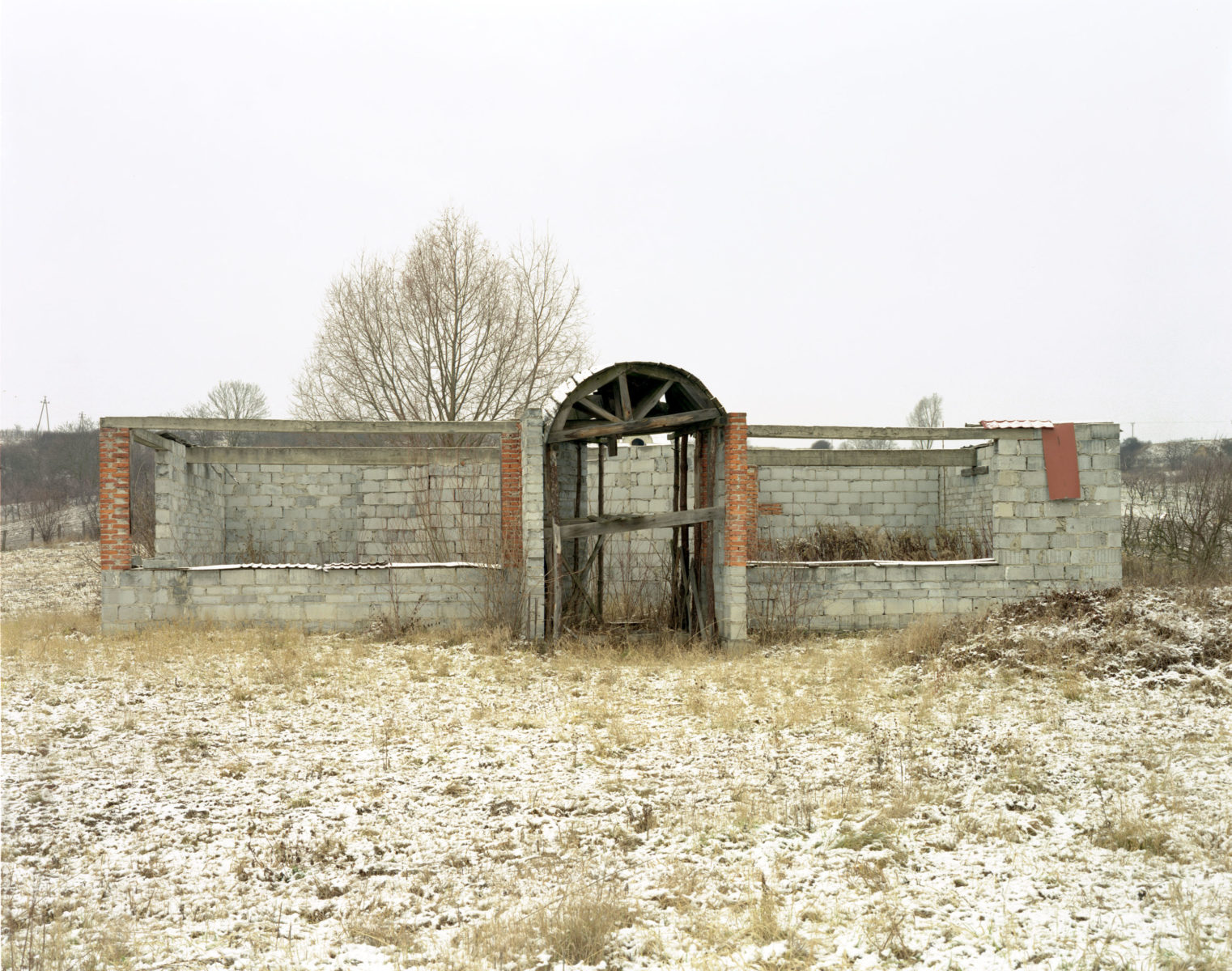 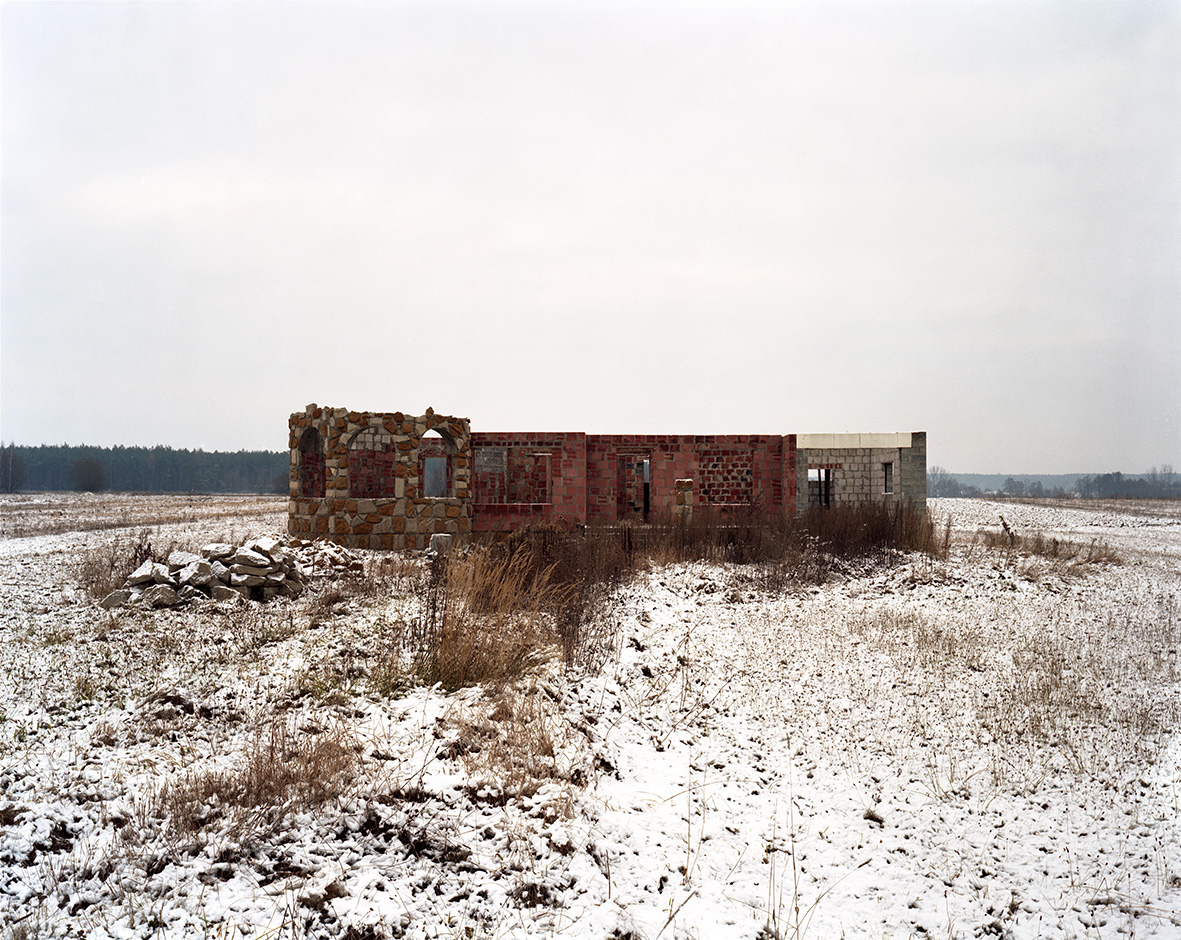